Outsourcing is loosing it steam lately, GigaOm posted a pretty interesting post about the Indian outsourcing industry. I agree with him totally, and I’d like chip in my own thoughts as well.  I’ve  talked with several people working for/with outsourcing companies on both sides of the fence. The common problem that I’ve always heard is fierce competition, stressful jobs, and bad remuneration (lately).

Be it the bigwigs from outsourcing industry or the local companies in the west, they are finding it increasingly hard and tough to compete and win the bids successfully. The only option they have is to cut down the pricing – which in-turn is going to affect the work force.  Keeping in mind that the industry started at substantially optimal pricing that paid off for both the Company that’s seeking outsourcing as well as the provider, but later on the prices increased and people saw an opportunity to cash out and we saw multiple outsourcing companies sprout across India offering services at cheap prices. This led to the fall out of quality as there were no stringent laws governing the quality, even though there are; it is very hard to implement in India.

Outsourcing has definitely proved to be a boon for the common “Graduate” in India, some have put up their own consultancies, some have become entreprenuers, while some have made money through holding the stock!  I think it is very natural that every thing goes through a natural evolution and corrects itself; So, I  think it’s time to realize that this is the farthest you can go and clean up themselves to gain back the traction. But for sure outsourcing has changed the face of industry forever and will continue.

It is also interesting to note that the R & D sector, has been on a rise and this might prove to be the next important phase for Outsourcing companies.

Zillow is getting some flak…..

Zillow has changed the way people buy and sell places, atleast  to an extent.  It has put power in peoples’ hand’s to utilize and research on publicly available information to determine the price of their current home or future home. 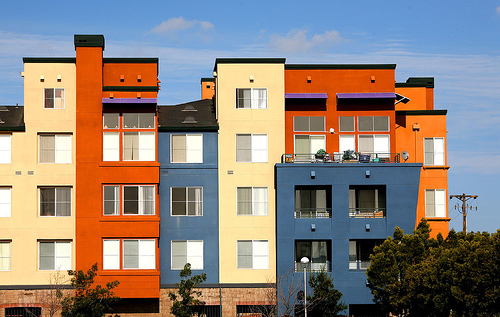 They’ve also come-up with some new tools such as Make me move etc which are quite popular. While it’s true that the pricing may not match perfectly, Zillow should not be censured.  I guess WSJ kind of agrees  that point, but the uproar was more around the bad points! Well, for every new product out there you need  to take things with a grain of salt. Zillow is free (atleast now) and it’s providing an insight that’s been never possible before. So, as time passes by I guess it will get better at Zestimates.  In my honest opinion I think Zillow must be commended for what they’ve done to the real estate market, Kudos to Zillow! More insights can be found from James Fee’s recent experience……

There are other services such as Trulia and many more… but this flak has turned into better publicity..nothing else, more links…more hits! I guess it’s part of the strategy to make Zillow number one 🙂 What do ya say Zillow?

Joke of the day….

Here’s a funny interpretation of Ford Taurus 2008 from autoblog… Geez kudos to people who come with  these funny mock ups!

Google should buy Digital Globe…. yes, no, may be?!

In all honesty I think Google should buy DigitalGlobe.  I  think it will do more good then bad.  Firstly, Vector data used to be the Intel inside of Cartography and literally any electronic Map, be it MapQuest, Yahoo Maps or what ever you can think of.  A paradigm shift took place since the lauch of Google Maps – Vector  Data lost it’s glamour as more and more API’s started popping up, and more geeks celebrated their victory than ever by mashing up every silly idea you can think of!

But now, Imagery has taken the center stage… there are simply numerous environmental and other 3D applications  that need satellite imagery to perform any kind of analysis.  Although, imagery can be bought from companies directly..it becomes too expensive for common man to buy it.   I think it makes perfect sense for Google to buy it off and democratize it

It will allow for imagery acquisition in real-time as well depending on requirements and of interest leading to the development of more real time internet applications that can utilize up-to-date data feeds.  Information will become more available, leading to more mashups and more good for the people!

Acquisition wise it would make perfect sense, it will bump up Google’s stock! 😉 and also think of this – develop 3D models using Sketch Up and over lay on top of terrains developed from imagery.. ooooh that would be perfect!

Disclosure: I don’t own Google stock!

I’m sure everyone must’ve heard about location based advertising every now and then, but there is’nt any good example to follow yet. There are too many companies trying to do the same thing i.e. serve ads basing on the persons/objects location. It sounds practical, but implementation is the big problem.

I guess the bigger question would be would you like to give up your privacy for the sake of advertisements? Well it will be definitely worth if you’re saving lot of dough! but often you might get vexed with messages popping up….atleast now on you’re 60*60 pixel screens.

Todays article in Business week talks about skyhook wireless’s plan to implement this in large scale. Adena Schutzberg at All point blogs covers it as well. The problem that they are trying to solve, cannot be solved by Location based advertising, It is soooo waste of money and effort.. what are they trying to do? Get more people to use a Car wash center…While this might seem like a good idea , would you love getting a message on your device saying would you like a car wash? I would’nt. The answer lies in the problem itself, they say it’s very random the way customer chooses to use the car wash..SO use some tactics to generate publicity, so that the user gets interested while driving by or what ever method it might be. I will not suggest any…but you know what I’m talking about.

It may be possible that Location Based adverstising or targeted ad’s may be used to solve the car wash problem, but may be in the 2020’s. I’m not sure it will be successful anytime soon! But neverthless it’s a good start 😉 and I’m sure Google will whip out it’s own version pretty soon.. and guess what Verizon is upto these days.

So the big question what kind of problems can be solved by location based advertising? May be umm warning people about possible snow storm? or When a car is enetering a congested area? any ideas??

This is probably the most uneventful Christmas ever….

I was discussing about open source Geospatial tools the other day with my buddies…and world wind was one among them..Here’s an excerpt taken from NASA’S website..please click on the link to get more information…There’s wealth of infromation already avaialble on this..Ping me if you need more information.

Virtually visit any place in the world. Look across the Andes, into the Grand Canyon, over the Alps, or along the African Sahara.

Here's a great tool for readng RSS feeds on your desktop. It's called RSS Bandit and it works great! I've tried many in the past but some of them have gone from being free to paid services. Although I dont have any problem using those services, Why would I when I've got a Free tool… 🙂 I know there are other readers like Mozilla Thunderbird, but this ones pretty good so far..

I'm so backlogged with posts..I read a lot but I'm not getting time to write them out. I'll try to spare sometime for posting from now on. There's wealth of information that needs to be shared…Keep coming back..;)

Is google trying too hard?

Something I just came accross, when you install the new IE 7 beta, google invades you with their popups, asking for your permission to make google as the default search engine. This is quite interesting, even though IE7 has google search as a default option among other search services, google is doing this. Stop it google! Its too irritating and its against your ethics 😉